Had a great game of Regimental. Fire and Fury yesterday. Cameron Farrow brought over his brand new Union soldiers to battle against my Confedarate army. We played the battle of Little Round Top a scenario based upon that presented in the main RFF rulebook.
We played 6 turns each and whilst I as the Rebels had captured some of the ground required by the scenario Union re-inforcements arrived and would have made my gains very tenuous. We called the game a draw due to time limits and to be truthfull the damned heat in my garage which was in the late 30s. 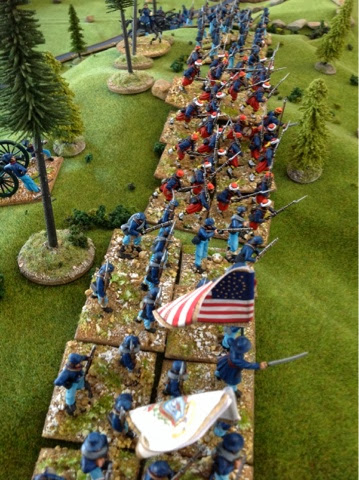 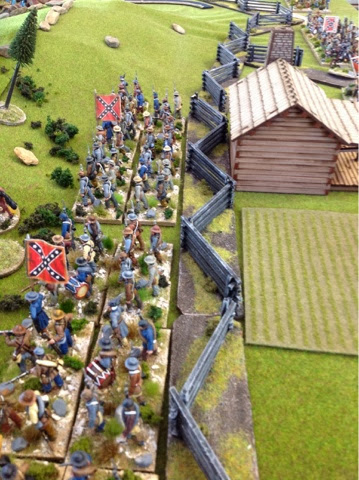 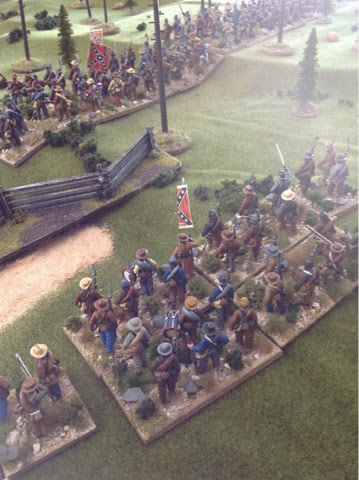 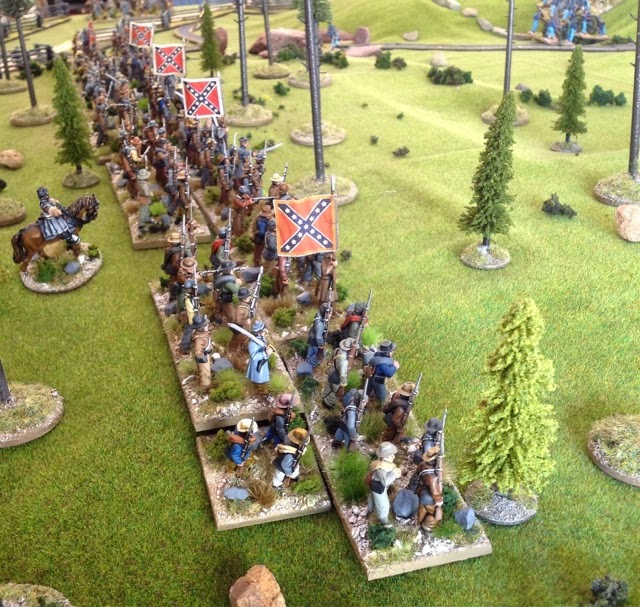 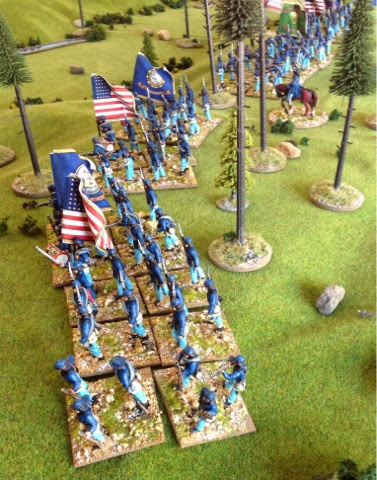 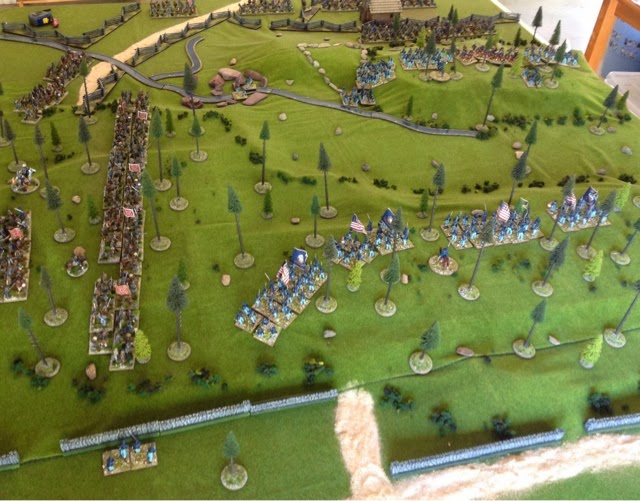 Overview of the table at the start of the battle. 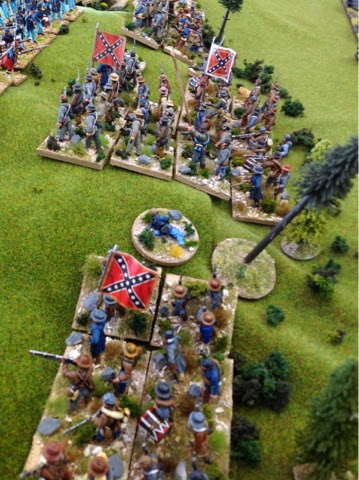 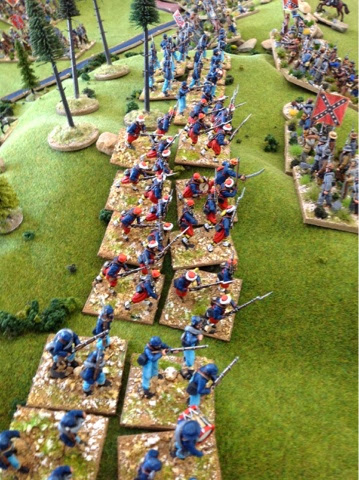 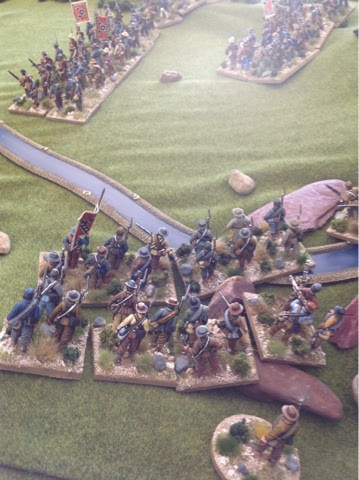 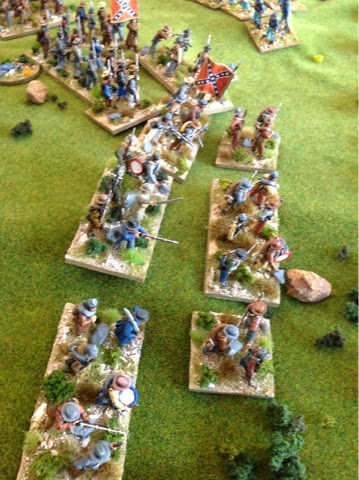 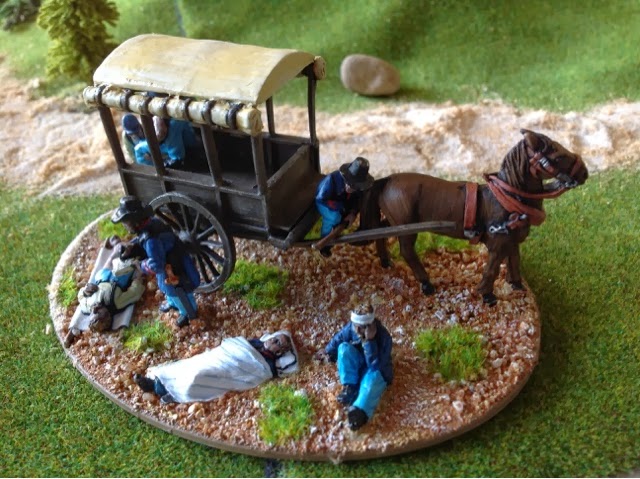 Cams heavy casualty marker which did come into use.
Great game and do love how the game system plays. Mark Piper and I are in the process of doing the AWI in 40mm using the variant of these rules
Posted by Scott Robertson at 7:47 pm

Thanks mate, fun game spoilt a little by the heat.

Haven't tried RF&F, nor ACW, but sure looks like a great game with equally well painted figures and terrain. Best, Dean

Great looking game Scott. It is always good to see nicely painted figures and some excellent terrain. Keep it up old boy