Mark Piper and I meet up tonight for a brief runthrough of the new Great War supplement for Flames of War. Mark has a very large and nice collection of 28mm miniatures for the late war period and we used those instead of 15mm figures. We modified the ranges and movement by an additional 50% and placed 3-4 figures on larger temporary bases to signify units. The game played quickly and was fun and most importantly looked and felt right.
Mark is going to buy a load of the irregular bases from Warbases to move the figures around and next game we will use his gaming boards that are perfect for the Western Front. We both like Flames of War rules but usually play with 20mm figures, so using 28mm models was a new experience. I know lots of people dislike FOW due to the wall to wall armour but the game is fun to play with a balanced scenario and a step away from the competition mentality. 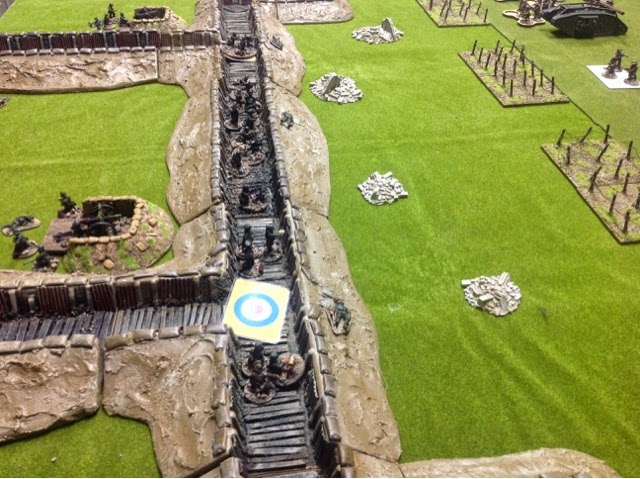 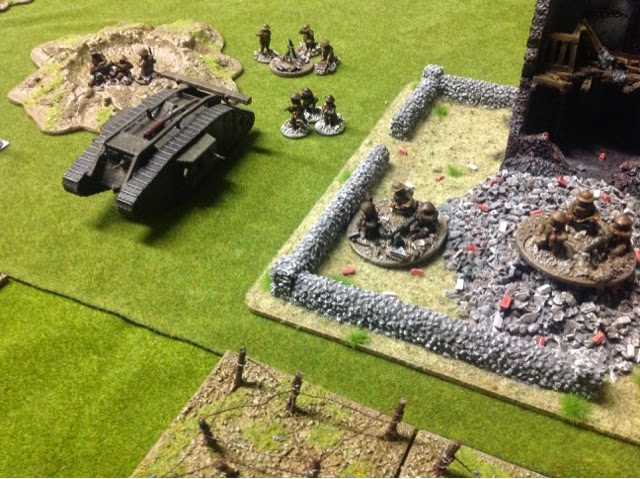 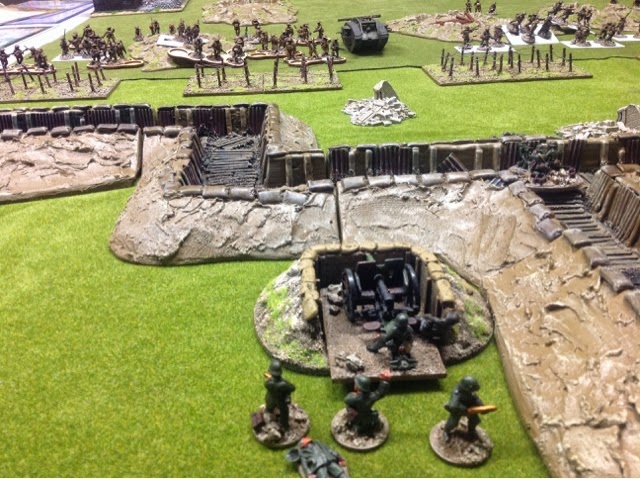 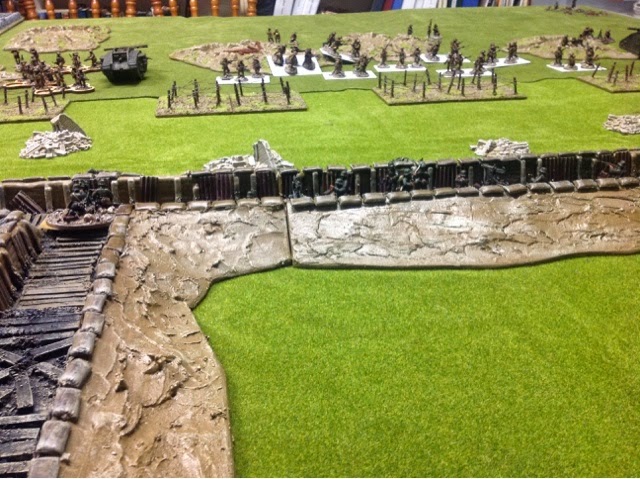 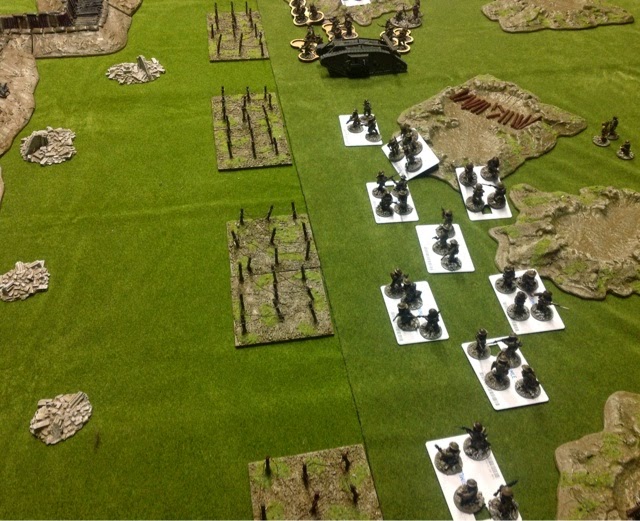 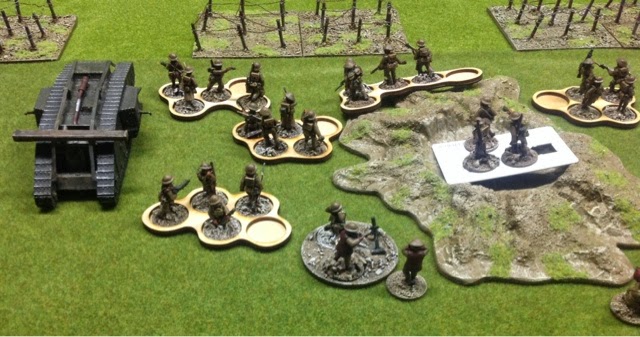 British troops on irregular bases. Mark is thinking of buying the bases with 4 slots from Warbases. 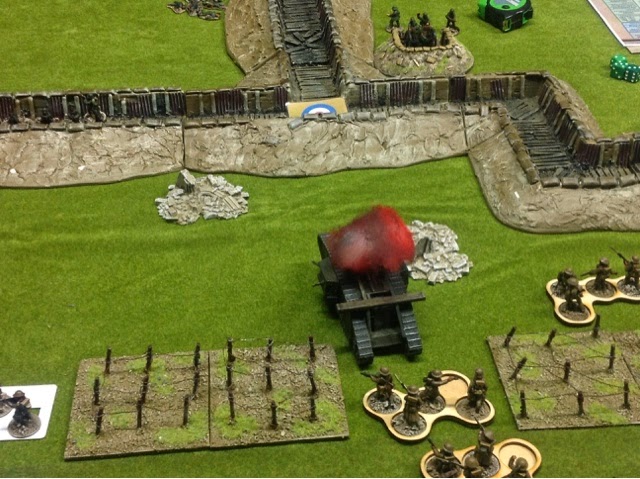 My female tank recieves 3 hits and I fail all 3 armour rolls, BOOM.
Posted by Scott Robertson at 10:04 pm No comments:

War of the Ring

Have been playing lots of different games over the last few months but very few historical games and when I do I have always forgotten to take photos. The one Fantasy game that I do play is the now defunct Lord of the Rings game 'War of the Ring' published by Games Workshop. It is a great system that does need some sensible agreement with your opponent prior to a game as it can very easily become over powered and rather silly. I have been a Tolkien fan like many gamers since I was 12 (I am now 45) and this game really brings the world to life. We have 4 local gamers (including myself) who still play the game and like always I have way too many figures. Here are some pictures I took a few months ago using my Isengard and High Elf and Dwarf figures but I am playing a large 2100 game this Sunday and I will ensure I take more photos.
Don't despair about this spread of non historical gaming as I have been taking a break to re-charge my batteries and I am raring to go in building some new 28mm ancient armies. I am also playing a WWI 28mm tomorrow night using the new Flames of War rules by just increasing movement and ranges by 50%. 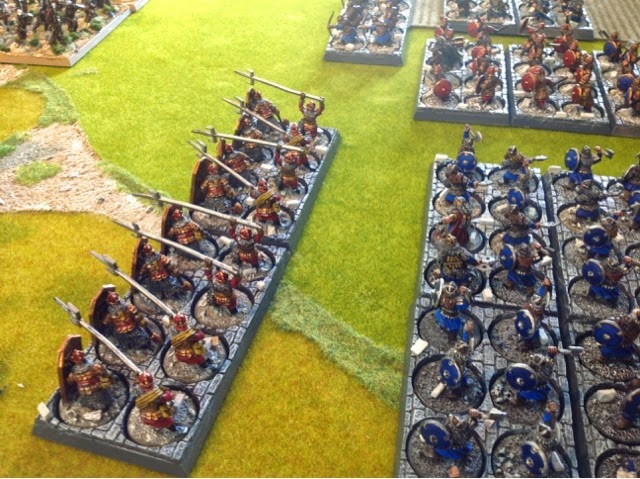 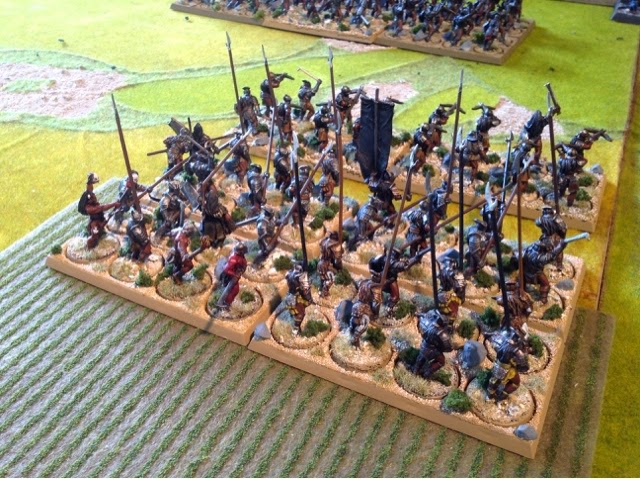 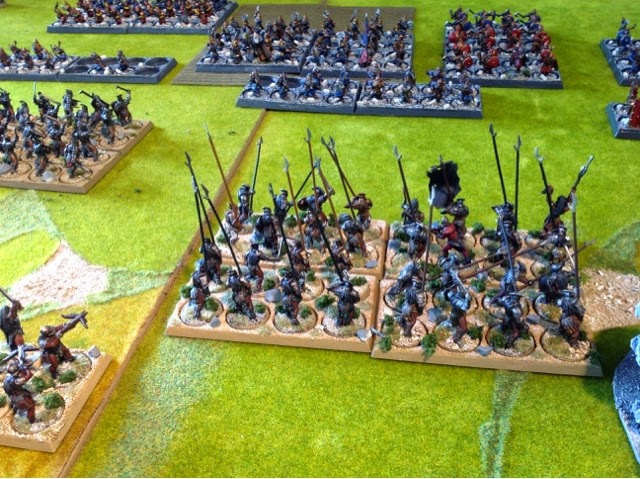 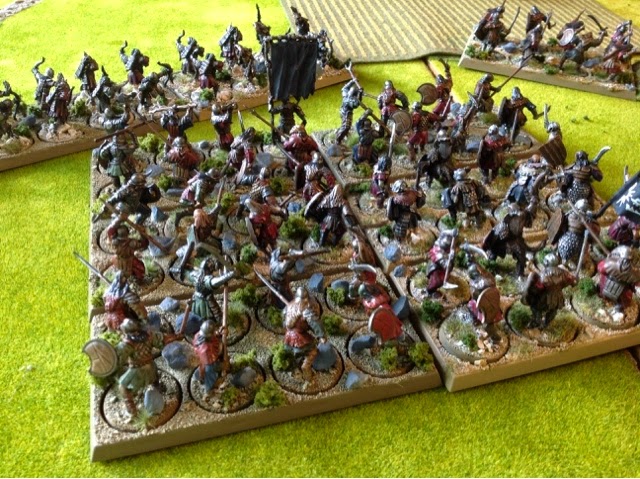 Slimy Orcs in the service of Saruman 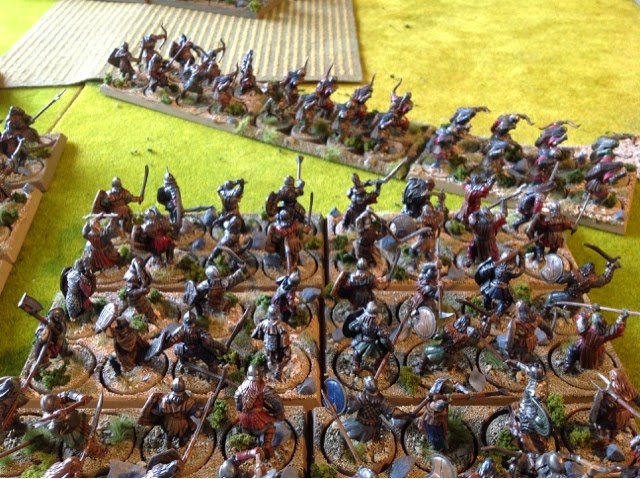 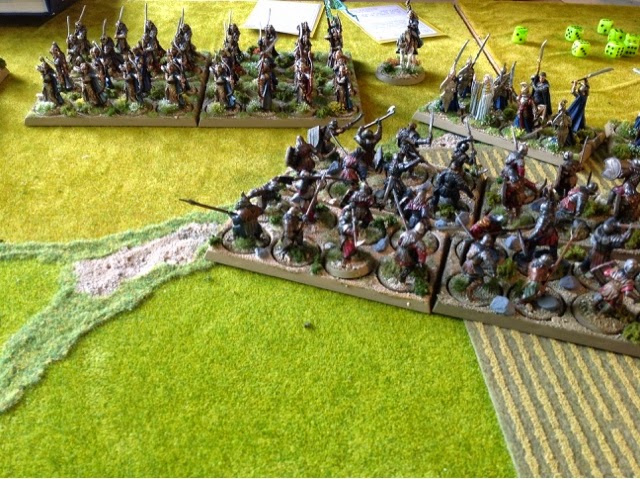 Orcs in trouble about to recieve a volley at pointblank range
Posted by Scott Robertson at 6:23 pm 3 comments: