Hey guys here are some pictures of the two days of wargaming that took place in Brisbane over the Easter weekend. On the table where 250+ cavalry and 450+ infantry, of course after all of this preperation I managed to leave my camera at home. These photos were taken by Andrew Parr (thanks mate) who flew from Sydney for the weekend.
Posted by Scott Robertson at 6:49 pm No comments: 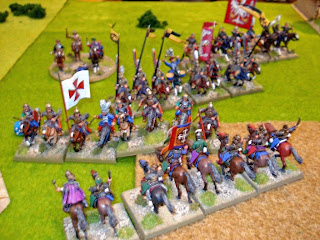 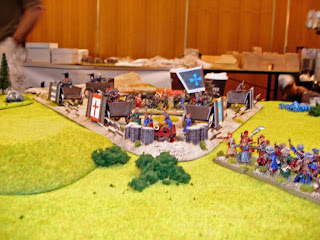 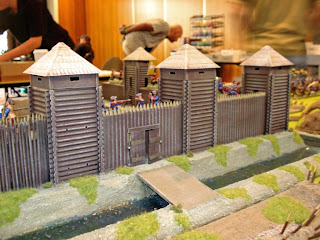 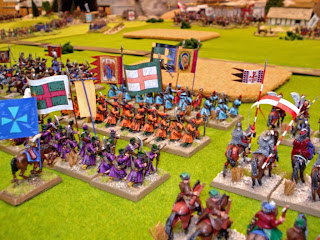 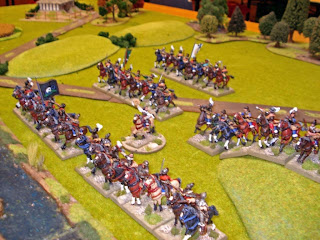 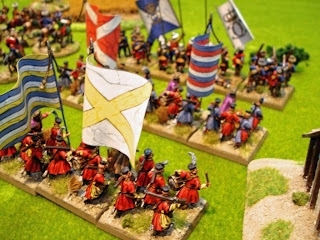 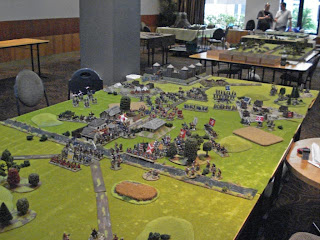 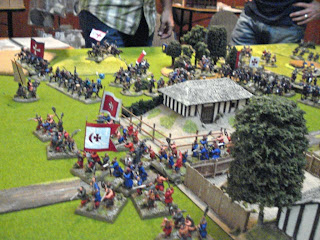 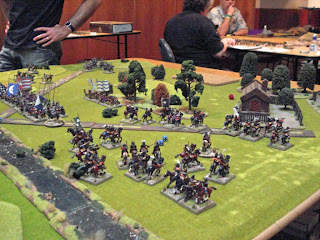 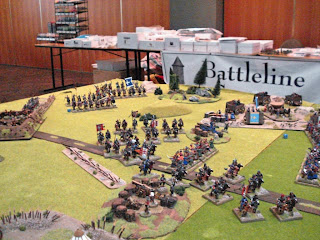 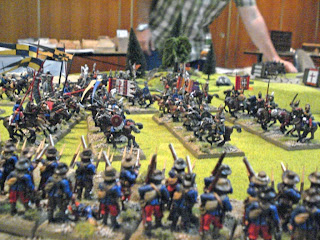 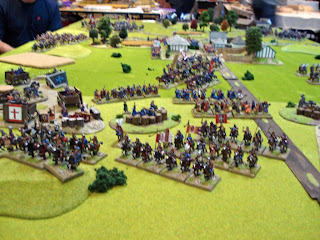 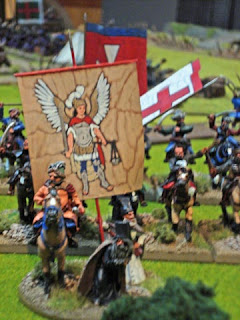 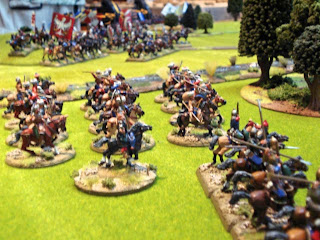 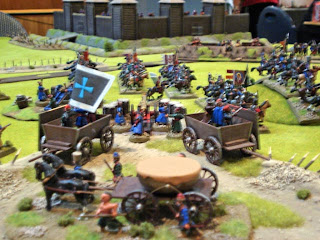 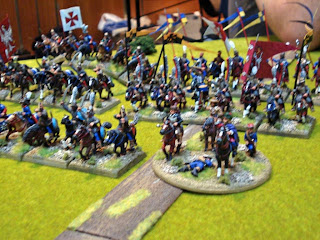 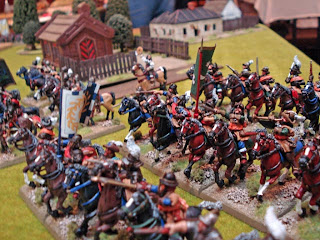 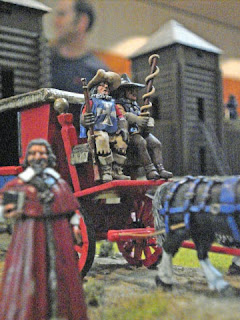 Finally here are some pictures of the two days of Deluge gaming that took place in Brisbane over the Easter weekend. The weekend was organised and payed for by Gerry Webb of Castaway Arts (thanks mate for the last 3 years). There was a reasonable turnout over the 2 days and I hope for more next year. I managed to spend over 1200 dollars on the weekend so I kept some of the retailers happy (good to see so many up here in Queensland). The game was played using the 'Fury' rules from the Ambler gamers site and managed 250 + cavalry and 450 + infantry in 2 games over the weekend. They are not perfect but they are fun and I enjoyed them. The units are organised into 20 figures for infantry and 8 for cavalry. After dragging everything down to Brisbane (100 km) I realised I had forgotten my camera, so these photos have been taken by a wargaming friend (Andrew Parr) who flew up from Sydney (cheers mate). So enjoy and I will see you at Easter next year for a very large early Sudan game. Cheers Scott
Posted by Scott Robertson at 6:49 pm 3 comments: 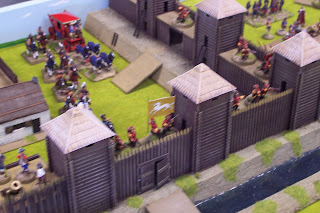 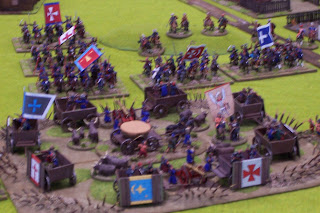 I have made a major change to the game being played over the Easter weekend at Gerry's great and fun convention, I have had to cancel the Sudan game as I just didn't get everything done that I was happy with. I like to see games with all the trimmings, personalities, vignetes, great scenary pieces and the all important civilians but these are the things that I have not yet completed so it will have you have to wait until next year to don the pithe helmet or red fez. I am now going to do a 12x6 foot Deluge period game set in the Ukraine in 1660, with Muscovites and Cossacks besieging a small Polish force in a fortified town. The Muscovites and Cossacks are unaware of a strong relief force of Polish and German (mercenary) regulars and Tartars coming to their rescue and have to fight on two fronts (lucky they have lots of troops), should be fun.
The game will look similar to the one illustrated above that we played over a year ago but with more troops, scenary and terrain. I will be using 'Winged Fury' as the rules with infantry units of 20 men and cavalry units of 8 men, I will use a D10 for command rolls for the better trained Polish units whilst the Muscovite and Cossacks will use a D6. Come along and have a game if you are in Brisbane over the Easter Weekend, I will post lots of photos after the weekend. Cheers Scott
Posted by Scott Robertson at 7:50 pm 2 comments: 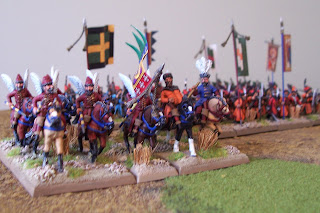 Little to report these last few weeks as I have been busy trying to get loads of figures done for the Easter Weekend convention here in Brisbane put on by Gerry Webb of Castaway Arts. I have been painting Fuzzy Wuzzy figures for the Sudan game that I will be running but I will have to recycle them as they die. Leroy Simpson has been kind enough to do a British regiment in red for me as well as a Egyptian battalion (he will do a much better job than I would). I will be using the rules 'Science versus Pluck' where everyone plays on the side of the Imperial forces and I as the umpire run the Dervish forces (and try my hardest to kill them off). The emphasis is on fun and I have been waiting 15 years to finally get the early Sudan up and running ever since I saw the campaigns of Peter Gilder (great to see his old collection having an outing on the Der Alt Fritz blog site, seriously recommended). So come have a look and join in over the Saturday and Sunday of the Easter weekend if you are in Brisbane. Finally I leave you a photo of some of my Muscovite figures as Muscovites seem to be getting popular (see the fantastic link by Nigel http://nigbilpainter.blogspot.com/
Cheers Scott
Posted by Scott Robertson at 7:35 pm No comments: