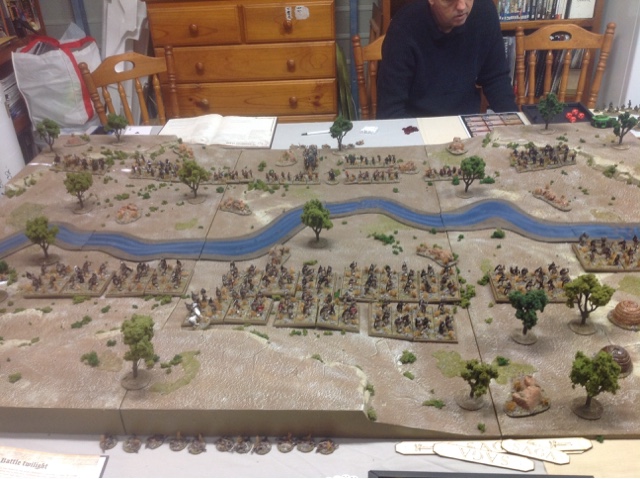 Turn 1 Zulu: using the enveloping attack the Zulu forces moved forward as a group. Veterans on the right used another move to come to the banks of the river and takes one fatigue. 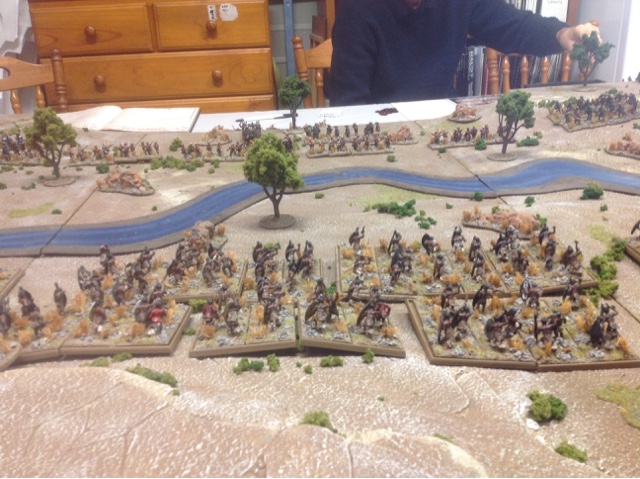 Turn 1 British: British forces use the range markers square on the battle board to fire at double the range without halving the fire dice. I use the Zulu Duck reaction to add one to the defence dice of two units (saving on 3s). 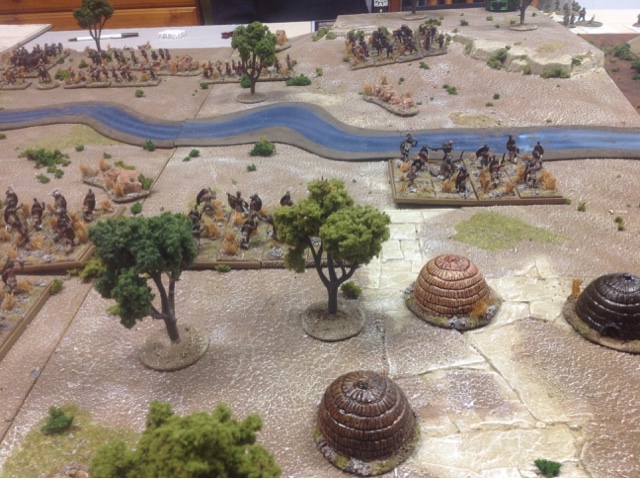 Turn 2 Zulu: pretty poor dice roll means that the Zulus only manage to reach the river and await the punishing rifle fire. 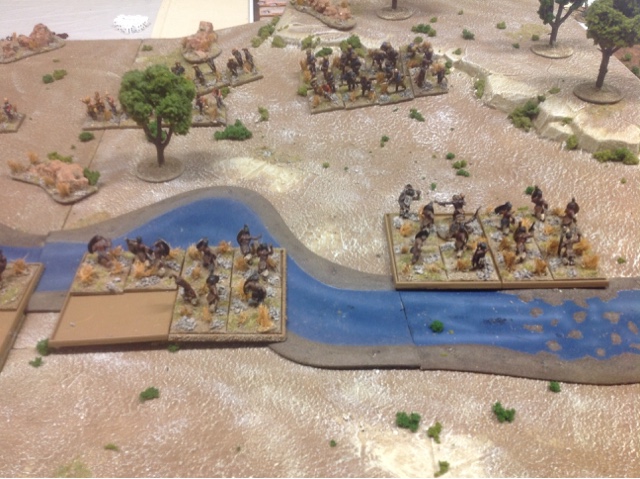 Turn 2: British very much like the first turn but British fire is desultory and only takes out a couple of bases of levy troops. 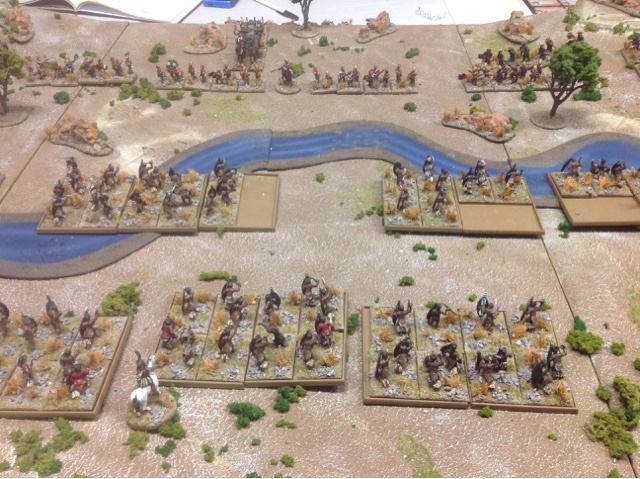 Turn 3 Zulu: once again the Zulus roll poorly and only manage to get a few units across the small river.
Turn 3 British: volley fire order from the leader (L) devastates the units in the front line of the Zulu waves. A British unit attacks the unit of Zulus struggling across the small river but are repulsed in a bloody battle that results in the loss of one British base. The levy unit on the hill (left) fire and kill one base of Zulu veterans. 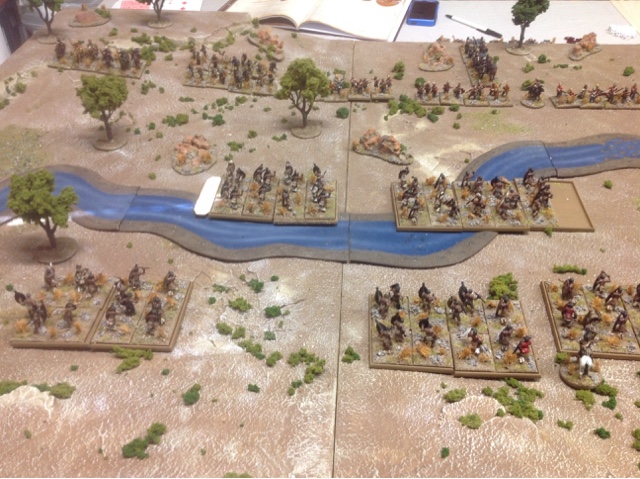 Turn 4 Zulu: I finally roll and enveloping attack and manage to move my whole force forward and actually defeat a British unit in combat with a depleted Zulu warrior unit. 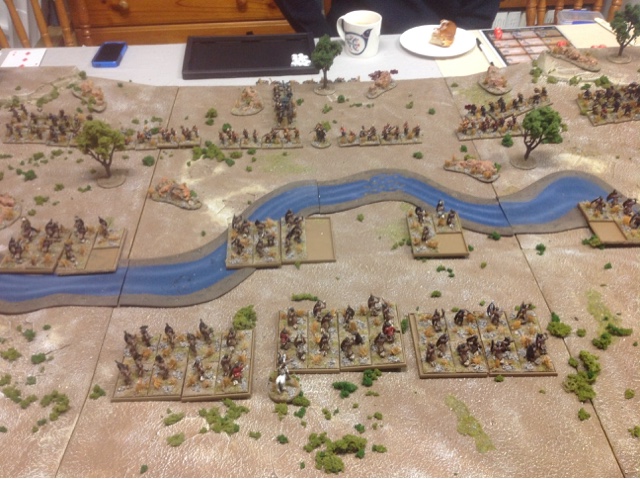 Turn 4 British: the British are a little worried with the amount of Zulus across the river and counter quickly and push the victorious unit back into the river. The British sailors concentrate their fire on the veterans and destroy 3 stands. 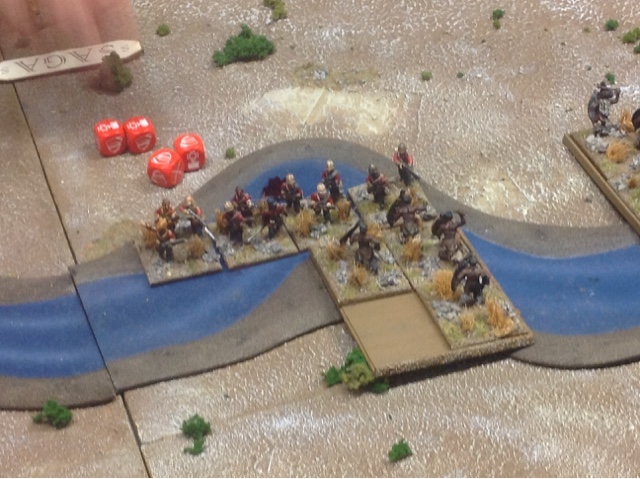 Turn 5 Zulus: slow advance with a charge by the veterans on the right which destroys 3 levy bases. Loses are mounting and the Zulus have yet to really reach the British lines. If they survive the firepower to come the Zulus might pull off a win. 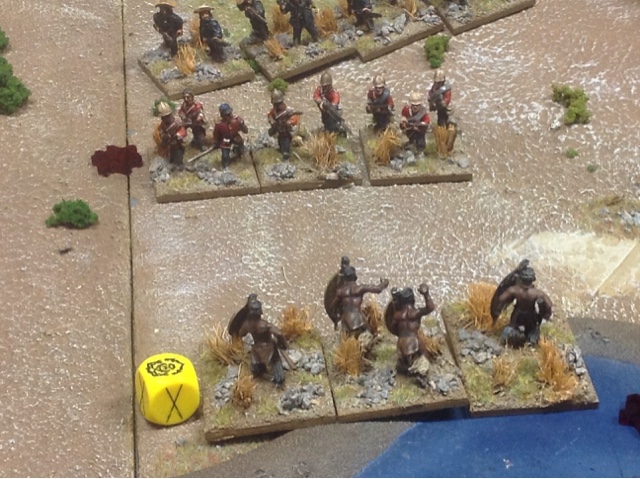 Turn 5 British: Levies manage to kill 1 base of veterans with their limited firepower. 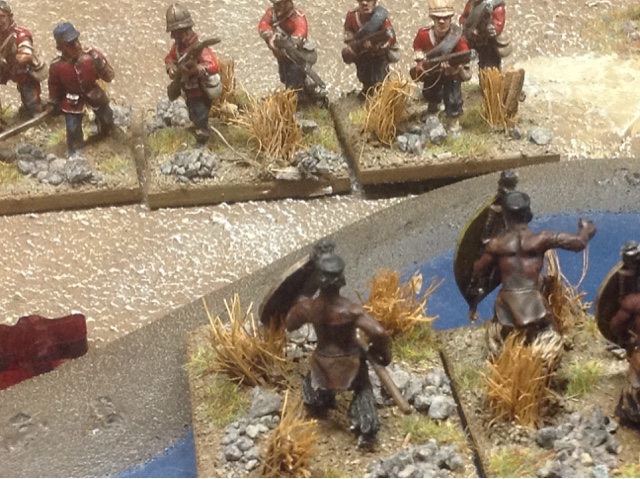 Turn 6 Zulus: failure to move the entire army ensures only a few units charge into contact and I lose 2 out 3 combats. The Zulus are in trouble and are under the guns of the enemy. 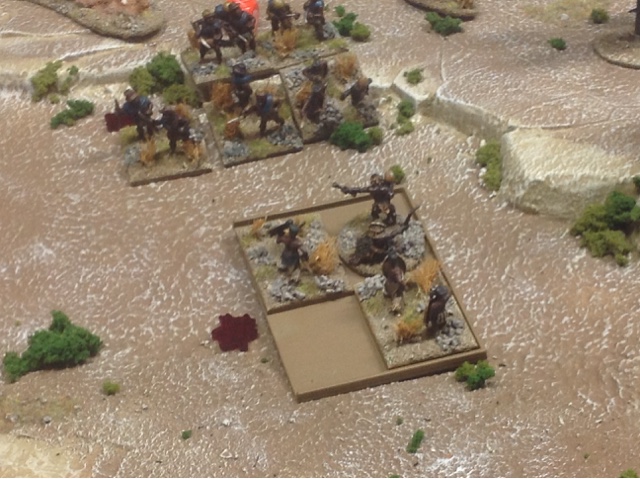 Turn 6 British: British battle board is concentrated upon firing and the Zulus units wilt under the firepower. The British veterans charge into the Zulu veterans but are repulsed with a base lost on each side. 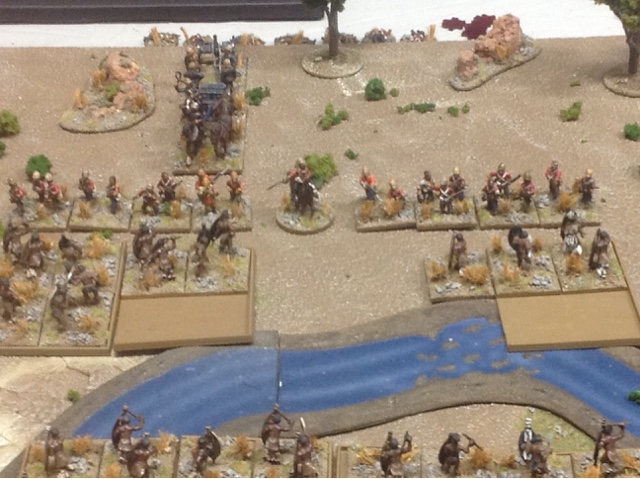 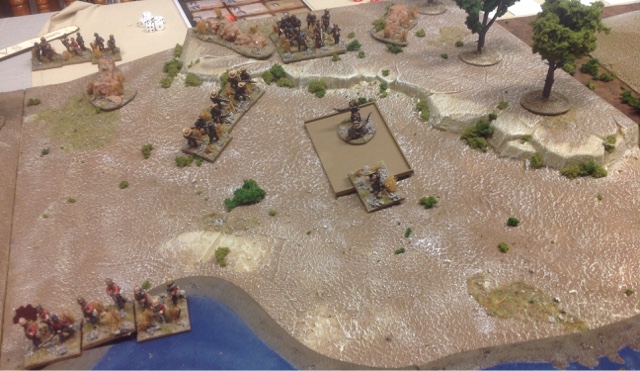 End result was a massive victory to the Bristish forces. Poor rolling meant that the Zulus just didn't close with the British quickly enough and the firepower whittled them down from long range. Mark made much better use of his Saga board and concentrated on using those parts that helped up his firepower dice. I needed another turn to do what Zulus do best and that is to fight in close combat.
Great game and Mark's simple changes to the rules from the WSS magazine worked very well. Must paint those Mahdi up ASAP and get them on the table against my Warlord Games British.
Posted by Scott Robertson at 8:29 am 1 comment: