Had a great game of Team Yankee at the club last weekend. We played the last scenario from the rulebook where a Soviet tank battalion is trying to deploy from a small forest trail and suprise the American forces. The scenario was played twice with a win either way however in the first game I got hammered by the Yanks and left my tanks burning everywhere. 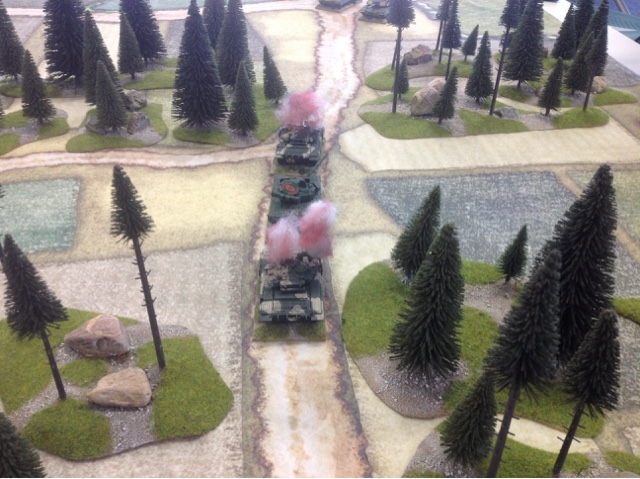 First tanks deploying from the trail are quickly knocked out. 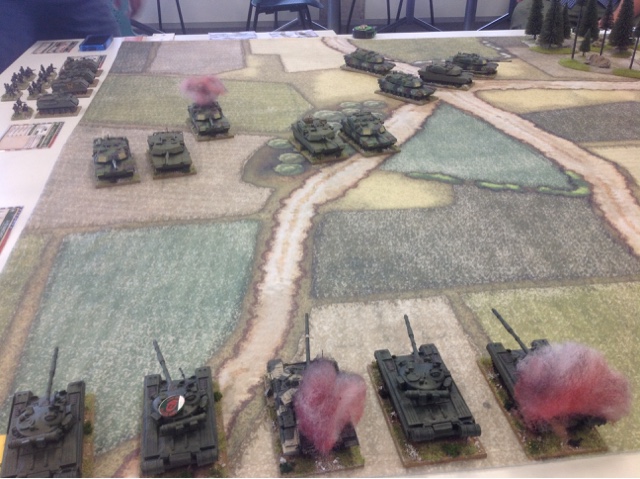 Flanking force of 5 T72s actually last longer than I thought and take out a couple of Abrams. 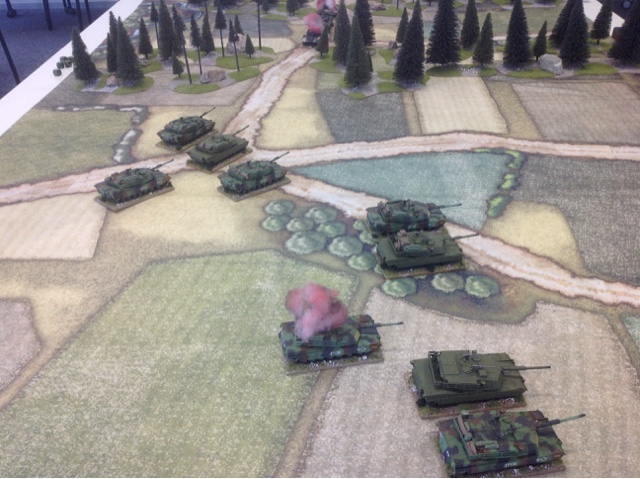 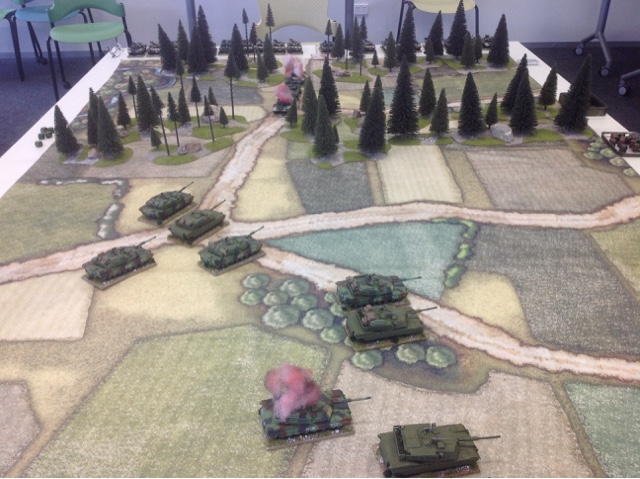 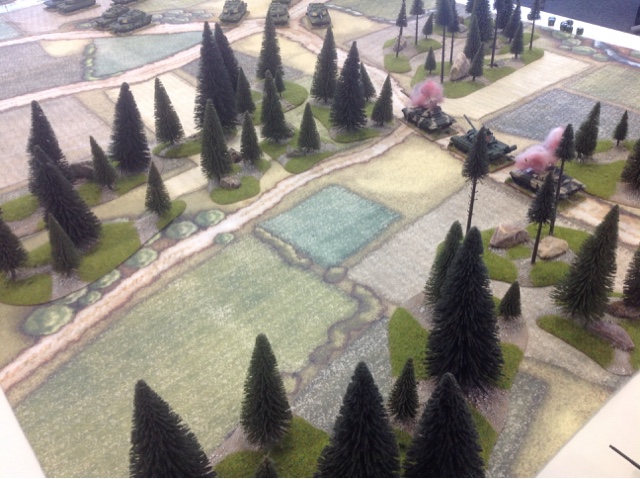 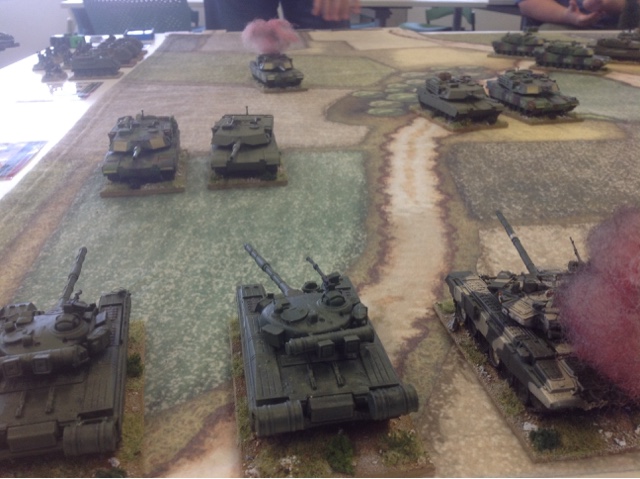 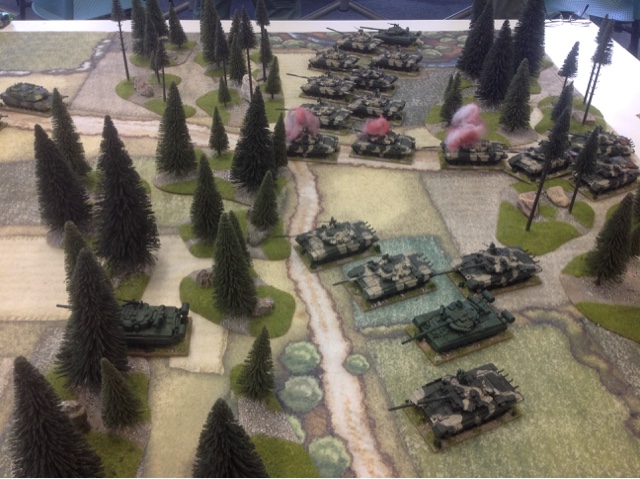 Soviet tanks try to get through the woods into open country. 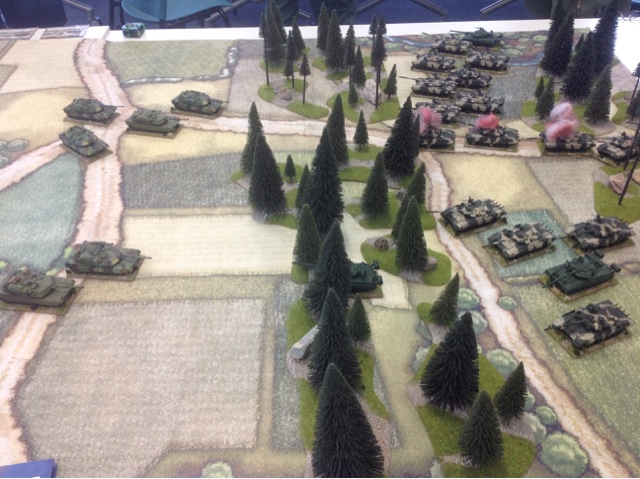 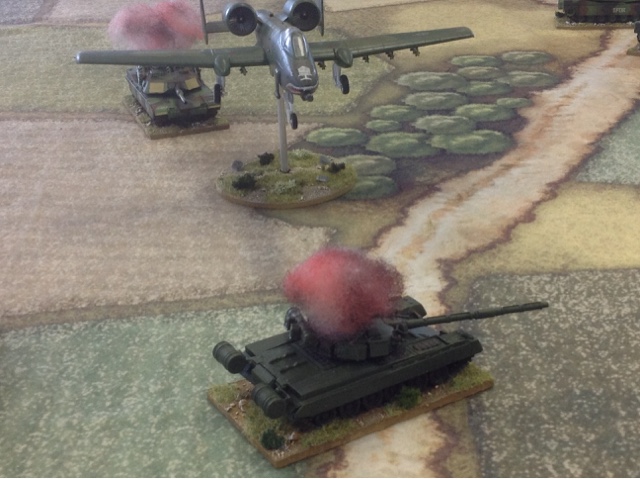 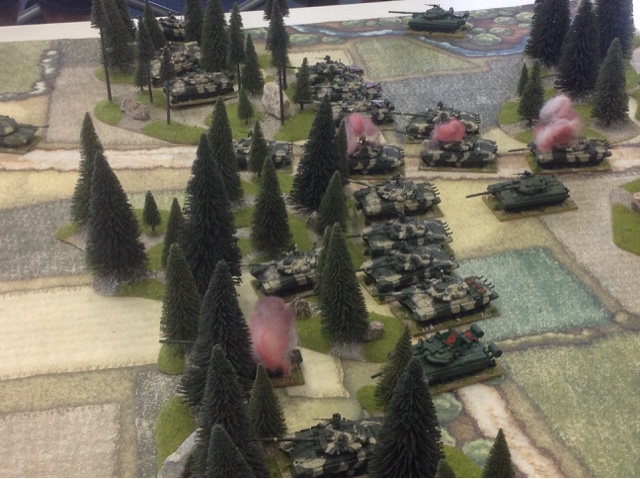 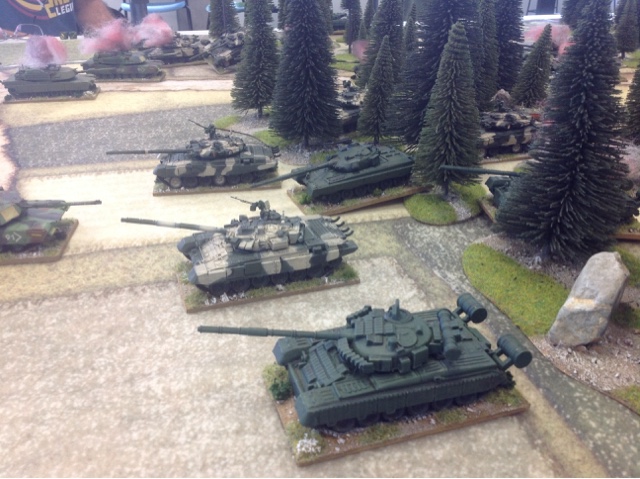 Soviet tanks finally break into open ground but their numbers are too few. 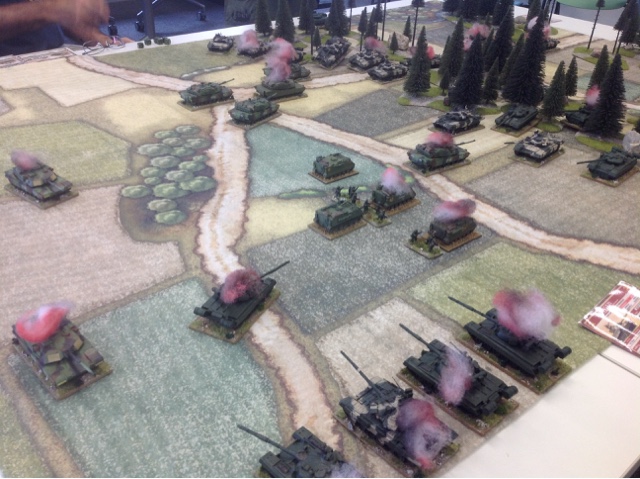 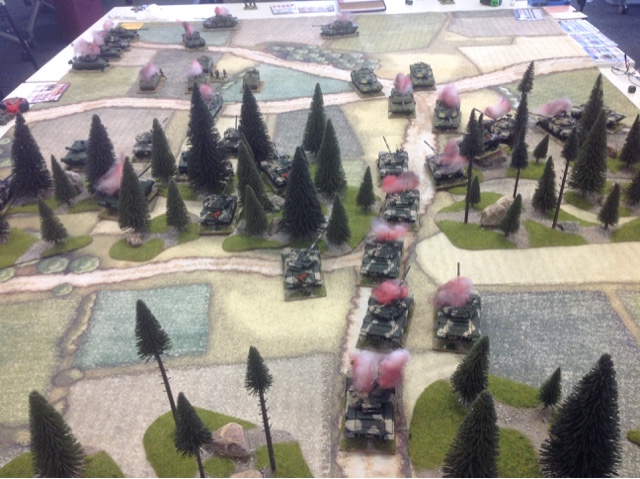