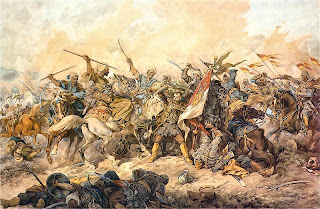 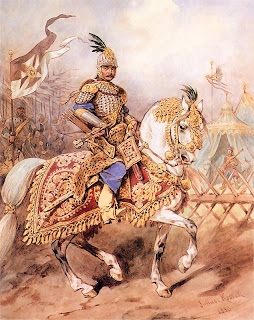 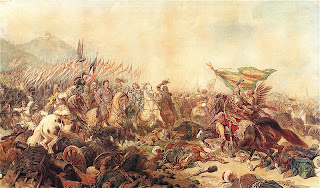 Hey guys not much this week in the way of figures until I take some photos of a game on Sunday using the 1644 rules. I have ordered the newly reprinted and improved 1644 rules from Foundry and eagerly await their arrival. The add on the Foundry site says that they have added TYW, Polish and Mulburian army lists and rules and photos seem to show a very slick and colourfull rule set. It is funny how things come about as I had the old set out a few weeks ago and I was working on adding army lists for the Deluge period and how to simulate light cavalry such as Cossacks and Tartars. So a few days after this the new rules are released and look very good and in addition one of my friends had a game of them last week when I was away on holidays, so it must be fate to try them out again. I actually preferred these rules to parts of WECW, the lesser firing casualties and pike rules seem to be something that WECW lacked. I will post photos and my thoughts after the game on Sunday.

On another note I came across some great drawings and paintings of the Triology (Fire and Sword, Deluge etc.) by a Polish painter that I had heard of and used his before. I was however not aware that he done a series of around 24 works based on Sienkiewicz's works. Please, please have a look at this link http://www.pinakoteka.zascianek.pl/Kossak_Jul/Kossak_Jul_6.htm if you are only slightly interested as they just give me more and more inspiration to paint and game the Cossack wars, Deluge period and Ottoman wars. I give you some of his better known paintings to inspire you. Scott

Posted by Scott Robertson at 10:38 am