Had another great 20mm WWII FOW game with Mark Piper last Thursday. British armour and infantry had to push through a small dug in German force. I ( Germans) had 4 platoons on the tanker with 5 others off board ready to come on from the third turn. I rolled badly of course and only got 2 platoons of tanks on the sixth turn. Mark advanced and captured the objectives by the start of turn 6 gaining victory for the Brits.
Table before the game 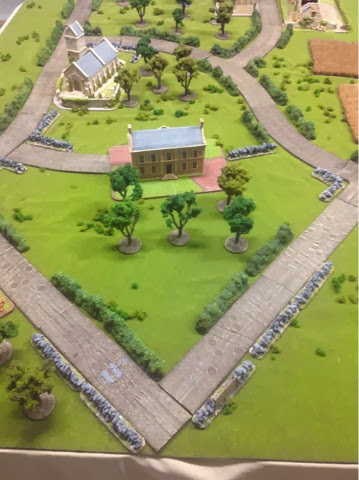 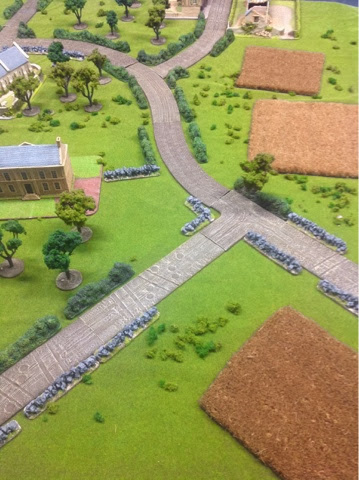 British forces waiting to be deployed 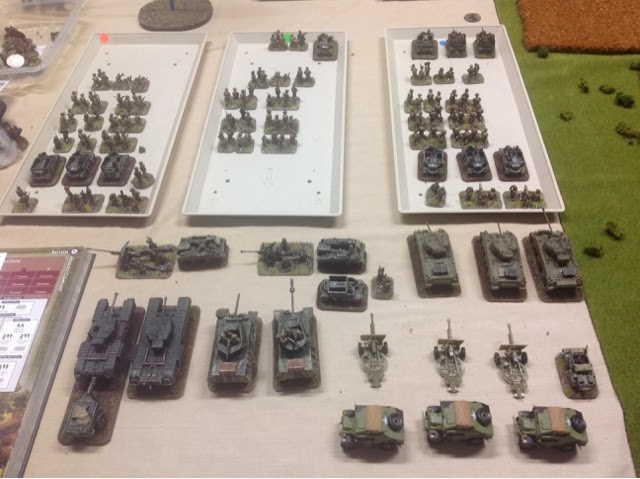 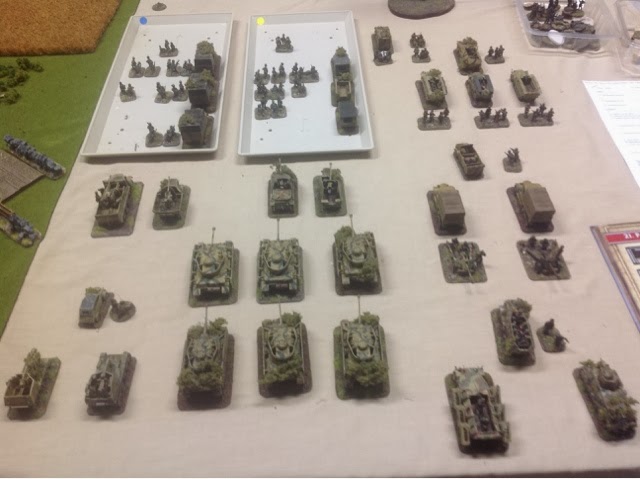 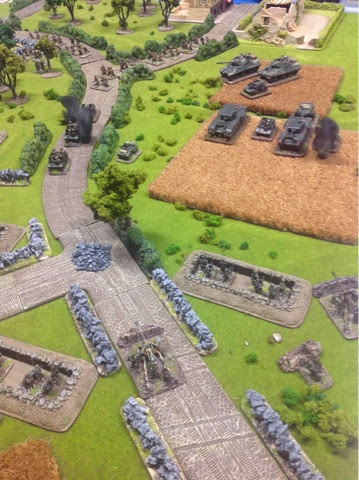 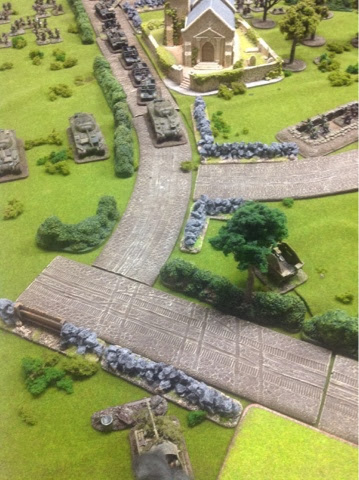 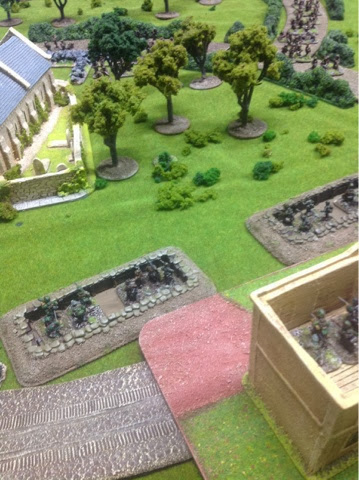 German infantry burned by the Churchill Crocodiles, not sure I agree with the FOW one shot flamethrower rule. 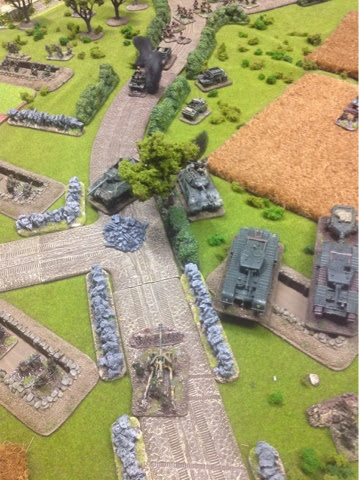 Mark's Shermans race for the objectives ignoring the surrounding German forces and winning the game. We played the German turn and saw two tank platoons come on and wipe out the last British armour near the objectives. 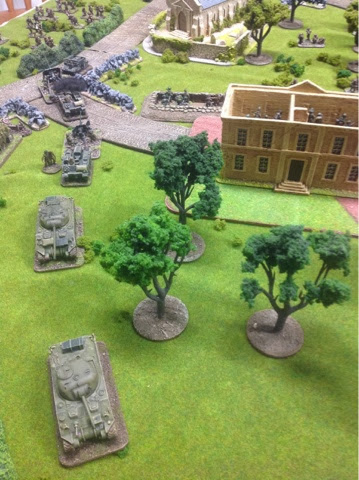 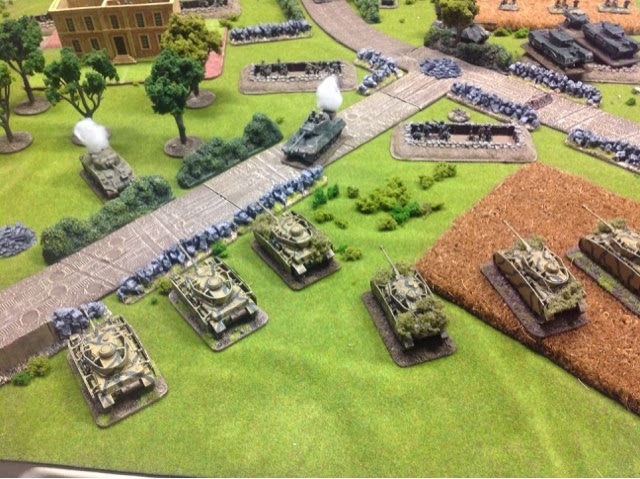 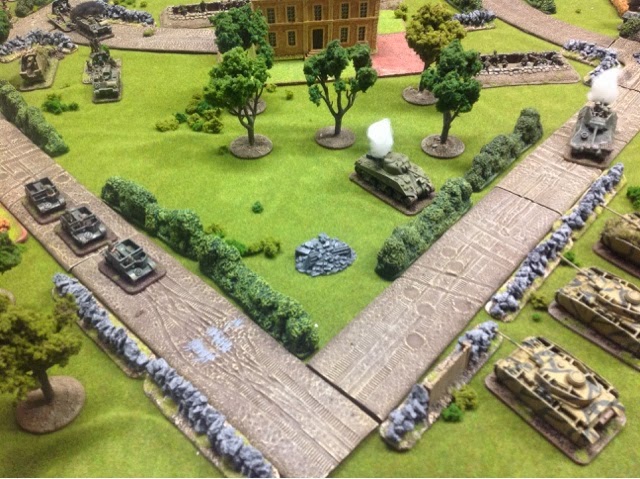 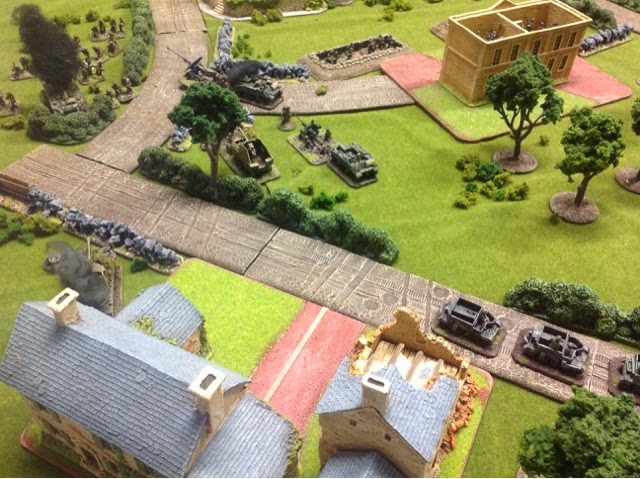 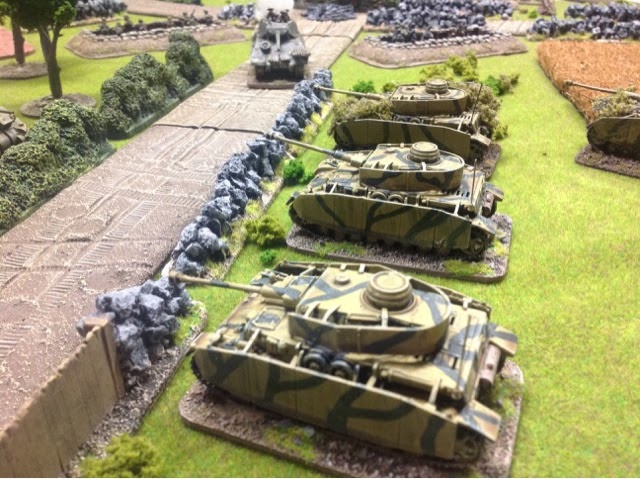 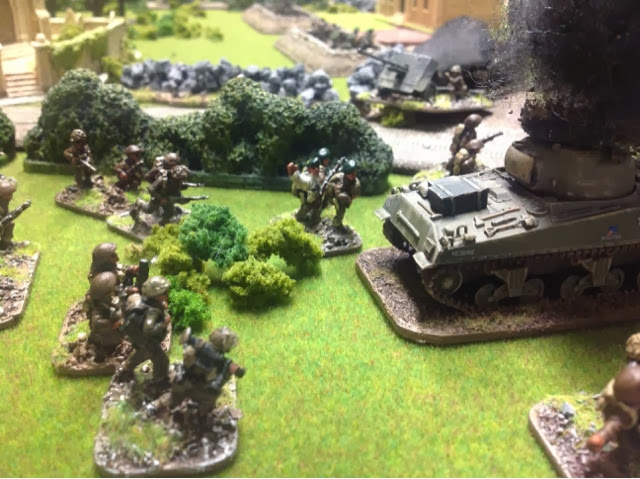 Posted by Scott Robertson at 4:55 pm