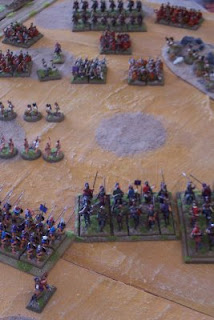 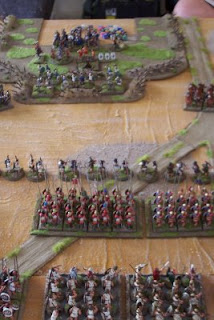 I played one of my first WAB games for 12 months a couple of weeks ago against Kevin Jowett and his son James. We played a game pitting Kevin's new Marian Roman army (previously mine) against my large Mithradatic army. We used the unpublished Successor Supplement written by Jeff Jonas. Rob Broom on his Warhammer Blog maintains this will be published in the future despite a very long wait already. I am sure if the writers and contributors lived in Nottingham it would have been published years ago. Rob maintains that there are not enough ranges available in 28mm or even painted armies to photograph and put in the book (he wanted everyone to send their figures to the UK to photograph as we cannot do a proper job it seems). Rant over but this has put me off WAB in the last 2 years, Warhammer Historical seems to think that the UK is the centre of the wargaming world. Back to the game, Kevin and James commanding a large Roman army of 13 cohorts and numerous skirmishers and cavalry gave the huge army of Mithradates (commanded by me) a good kicking. It was a good day with a very relaxed playing of the game, long lunch and a few too many drinks (white wine always gives me a headache). Enjoy the photos. 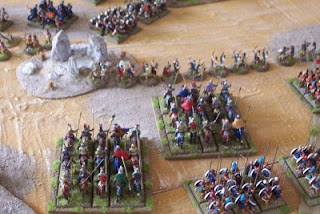 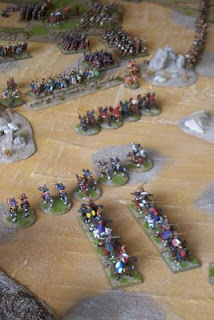 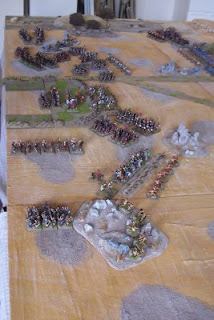 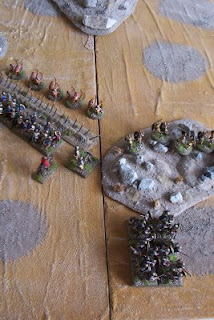 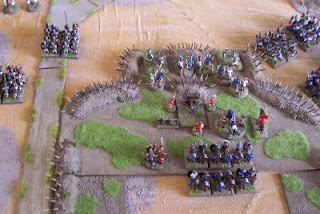 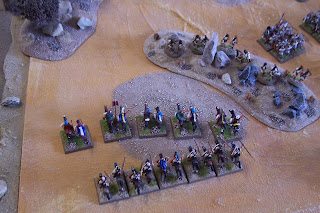 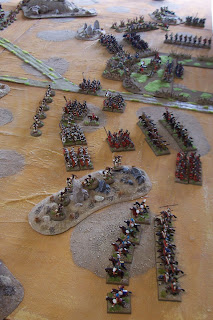 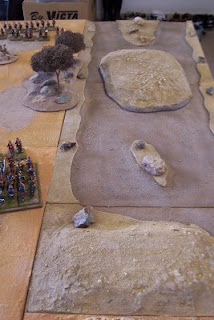 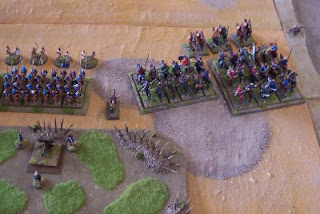 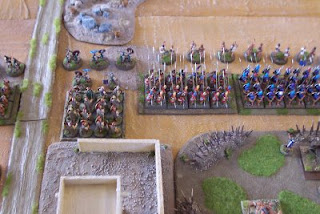 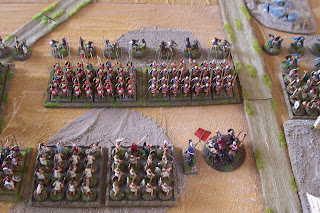 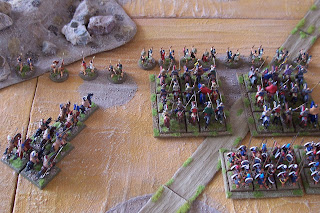 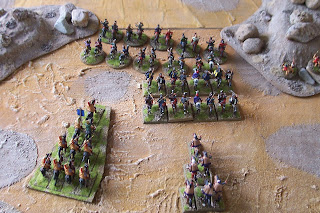 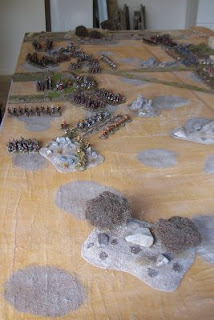 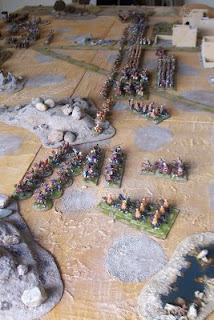 Posted by Scott Robertson at 5:57 pm

Scott,
The game looked great..sorry I don't live down that way. Looking forward to the printing of the hopeful Successors supplement as well. W re considering having another game soon.

See you at MOAB

The terrain is interesting. is that a ground sheet or did you use boards?

And the figures are great.

Hi Grimsby Mariner, I have used terrain boards from a friend that I have dry brushed and painted in varying colours. I will get around to making my own from scratch one day but I am happy with what they look like so far. Cheers Scott

looking good mate, would like to bring my marians up one day.

PS your pictures are not suitable for GB they are sh... LOL.